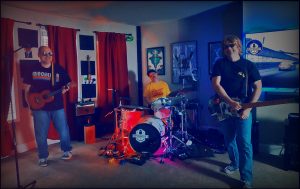 Life Beyond the Dome Rocks

INDIE UKULELE ROCK, BY DEFINITION IS INTENDED TO BE FUN. WE’RE HERE TO BE PART OF THAT – WINCHESTER 7

When Phil Voorhees (bass) and Jack Kane (drums) decided to pull a runner, they didn’t expect that the one to come after them would be Winchester 7 (vocals, ukulele). None of them imagined that when their paths finally crossed, a few bass notes and halting drum beat would be met with a rocking ukulele reply, vocal harmony, and…music.

Together, Winchester 7 & the Runners, have since found that a forgotten world, beyond the dome welcomes their music and films even as their friendship grows.

Out of Atlanta, Georgia-based (home to Winchester 7), Sanctuary Studio; though runners, Voorhees now resides in Amsterdam and Kane is itinerant within the United Kingdom; the trio deliver their unique blend of indie garage rock with alternative, classic, and surf influences. 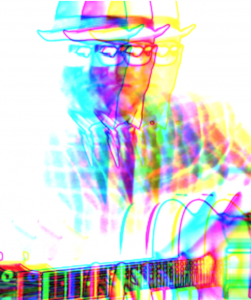 You can say that again

https://dannymerriman.bandcamp.com/album/the-world-got-crazyhttps://www.facebook.com/pg/dannymerriman2/posts/Ska song about stepping outside your front door … 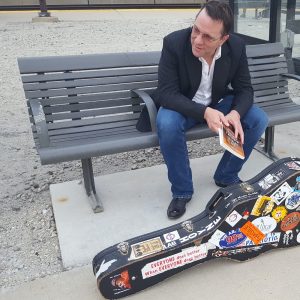 Phil Circle is by no means your ordinary songster picking away quietly on his acoustic guitar. He blends elements of rock, jazz, blues, folk, and classical, to seamlessly create a style truly his own. Add to this his often flawless and always energetic live performance, and he lands far away from what most people think of as “Singer/Songwriter.”

Phil’s music is timeless. His debut release was hailed by In The Mix as “just what the doctor ordered…[Phil Circle] defies rock, jazz and blues. His songs [are] from the master class.” 20 years later, Illinois Entertainer called Phil “one of our town’s most unique voices,” and Center Stage Chicago called him a “staple of Chicago music,” while several of his recent releases landed him on “Best of” lists.

The Official Music Video for Phil Circle’s single “I See Hope,” recorded between Chicago and Los Angeles, with video clips from from 20 friends and family.20… 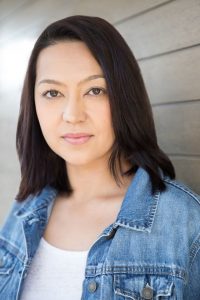 Natahsa Remi earned her Bachelor of Music degree from the prestigious Berklee College of Music in Boston, MA. Since then, she has performed all over the United States and overseas. After graduating, she worked with Haup-Pop Productions, landing her original song “Breathe (If I Could Just)” in the family film Doggie Boogie. Natasha also recorded multiple R&B tracks for River City Music’s album “Miss REducation” released in Japan. She then spent several years fronting showbands for Carnival Cruise Lines.

In 2016, Natasha performed the National Anthem for the San Diego Padres at Petco Park in San Diego, California, as well as background vocals for Japanese Pop Stars Junko Yagami and Anri for their Los Angeles Concert. She has been featured on several episodes of the award-winning Women of Substance Radio podcast and her collaboration “What Can I Do?” with LA-based producer Sunday Mitsuru was featured in a commercial for Japanese sake company, Tateyama. In 2017, she began singing with Regional Harmony Sweepstakes A Cappella Champions, Top Shelf Vocal, and released her first full-length album, Full Circle, which is currently playing on various radio stations nationwide.

In 2018, Natasha was the the Principal Actor in the American Airlines MasterCard New Media commercial released nationally and then performed as part of the gospel choir for Mavis Staples and Leon Bridges in the 2019 Grammy MusiCares concert. Natasha also released three new singles in 2019 and sang back-up vocals in a small, intimate concert for Shosana Bean and Nikki Leonti at the Standards Hotel in Hollywood, CA.

Natasha currently resides in Torrance, CA, and plays shows throughout Los Angeles and Orange County with her band.

Happy Thanksgiving 🍁🍽🦃 The highly anticipated MUSIC VIDEO for “What Love Really Feels Like” is OUT NOW!!!Song available below: https://open.spotify.com/al… 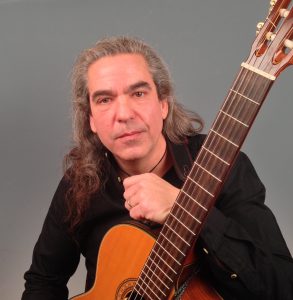 Ed Roman is an award-winning singer/songwriter, performer, and multi-instrumentalist from Shelburne, ON. Blurring the lines between pop, rock, folk, and country, his uniquely crafted songs have received regular rotation on more than 100 terrestrial radio stations across North America and more than 600 worldwide.

His video “Red Omen” was done by the company behind Kung Fu Panda 2,
Sponge Bob and a host of other shows. It’s also helping to raise funds
and awareness for Dyslexia. It’s been honored at many Film
Festivals around the globe. 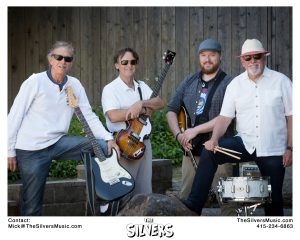 New members Steve Farac (guitar, keyboards and vocals), Dain Bedford-Pugh (guitar and vocals), Carl Upthegrove (drums) along with Mick Orton (bass and vocals) are about to go into the studio to record a fifth LP with 14 original songs all written by Tom Kelley and Mick. It is tentatively entitled “Back To Basics” and is scheduled for release in 2020 which will include the two new singles, “Stay With Me (This Is The Place)” and “Stand Up” both recorded with the new LIVE band.

While the four cartoon Silvers are still stuck in Surf City (search Silvers Surf City on YouTube), this LIVE band is preparing a show with songs chosen as favorites from their recorded material along with some well-known cover songs to make sure their performance will be really special and memorable!

THERE ARE EXCITING THINGS TO COME!

Bo and Mick return to The Silvers only to discover some fresh faces! “Stay with Me (This is the Place)” is written by Orton-Kelley and performed by The Silv…